SASIC goes to Woomera for the landing of Hayabusa II

Earlier this month, some of the team headed to Woomera for the historic landing of the Hayabusa II satellite. Below is an account of the week from Sumen Rai, Manager Defence Science and Technology, South Australian Space Industry Centre.

We acknowledge that the areas visited by the SASIC team are on the traditional lands of the Kokatha people, and we pay our respects to their Elders, past and present.

ON THE ROAD TO WOOMERA

Woomera. The name itself raises complex associations in the minds of Australians, including its prominent role in the early development, testing and launch of rocket technology in Australia. More recently, Woomera has added to its space legacy by being the landing site for the first and second-ever sample return missions to an asteroid.

On the morning of Friday, 4 December, four of us from the South Australian Space Industry Centre SASIC) began our 500km journey to Woomera to meet with colleagues from Japan Aerospace Exploration Agency (JAXA), the Australian Space Agency and the RAAF, and to witness the return of the Hayabusa II capsule.

Above us, Hayabusa II was about to complete its six-year, five billion kilometre primary mission by jettisoning the tamatebako (treasure box) of samples from the asteroid Ryugu, before heading off on an extended mission to visit asteroid 1998 KY26.

In keeping with the space theme, Jeff Wayne’s War of the Worlds played in our car as we drove north. 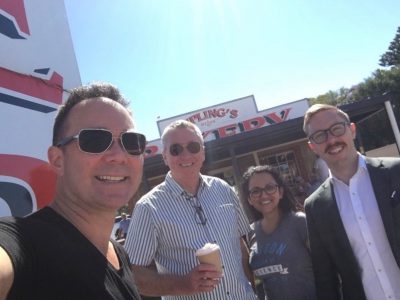 No trip north from Adelaide is complete without a bakery stop at Pt Wakefield. 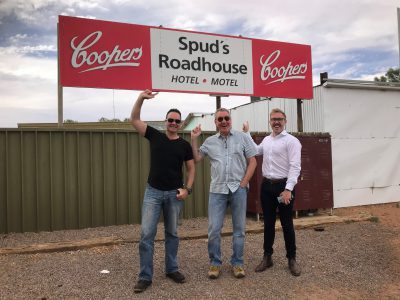 Saturday started off with grey skies, chilly winds and rain – certainly not what we had expected to encounter in the Australian desert in mid-December, and also worrying for the potential implications on the landing of the capsule.

We took the opportunity to visit the European Launcher Development Organisation (ELDO) launcher site adjacent to Lake Hart, one of the most significant space-related sites in Woomera, active between 1964 and 1970 and the birth place of our space heritage. We also took the opportunity to visit the RAAF Base and airfield at Woomera and observes some ongoing trials with the Woomera Test Range staff. 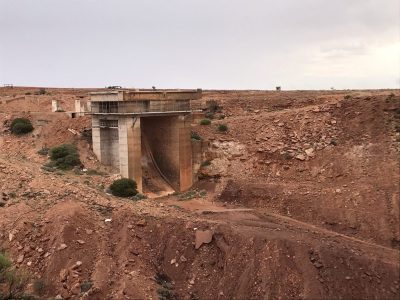 At dusk, we drove to the Range Control Centre (RCC), which housed JAXA’s mission control for the landing. The re-entry was due to commence at around 4am local time, and the hours in-between seemed to pass quickly with many formal and casual conversations with colleagues from the Australian Space Agency, RAAF, and JAXA about everything from international collaboration in research and development, photography and South Australian wildlife, to JAXA’s MMX mission, which includes, amongst other objectives, a sample return from the Martian moon Phobos. 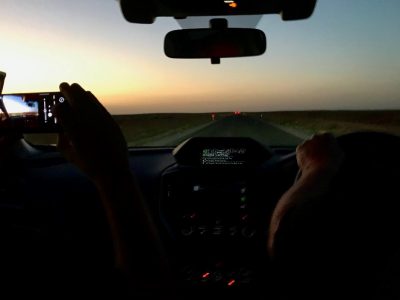 Driving at dusk to the Range Control Centre.
We only encountered one kangaroo and it bounded off without incident (Photo: Sumen Rai)

While we waited… Orion, Taurus and the Pleiades clearly visible from
the roof of the Range Control Centre (Photo: Sumen Rai)

I headed outside periodically to check on the clouds. The wind had eased, but a mass of clouds sat on the horizon, threatening to obscure our view of the fireball as the capsule re-entered the atmosphere.

Many snacks and coffees later, the time had arrived for re-entry. Sleeping colleagues were woken, cameras and tripods collected, and we climbed the stairs to the roof of the RCC. The cloud cover had not decreased, but there was a palpable sense of excitement in any case as we listened to the updates coming through.

We waited for a flash, a streak, anything. Eventually, we realised the parachute would have deployed and a fireball no longer visible, so the SASIC team went back to mission control where RAAF and Defence Science and Technology Group personnel were tracking the landing simultaneously with JAXA. Almost immediately, there were reports from people in Coober Pedy and Glendambo that they had seen the fireball, with images starting to trickle through over social media.

The control room was hushed, with clipped, precise updates from the radar and systems operators, as the Hyabusa capsule came through as the heat shields separated from the capsule and fell to Earth, and the capsule itself floated down under its parachute. 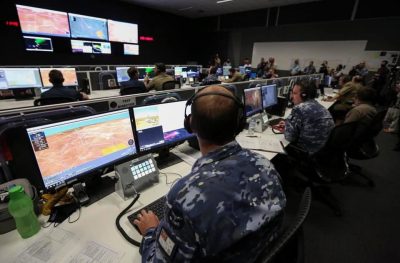 The new facilities are impressive and delivered under Project AIR3024 upgrade to the range mission systems, and the perfect spot to monitor the descent of the capsule. The large wall-mounted screens showed everything from the positions of what was being tracked, the weather, and situational awareness of ground and air sensors including the NASA aircraft with scientists and instruments for making observations of the atmospheric re-entry. We heard the update we had been waiting for – the capsule had landed, to much cheering and applause.

The process unfolded quickly after that with visual confirmation (more cheers and applause) and at first light, a helicopter was dispatched to recover the capsule. We watched it take off with freshly cooked bacon and egg rolls in hand. 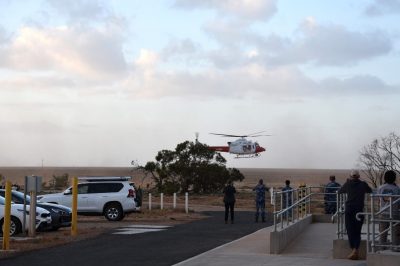 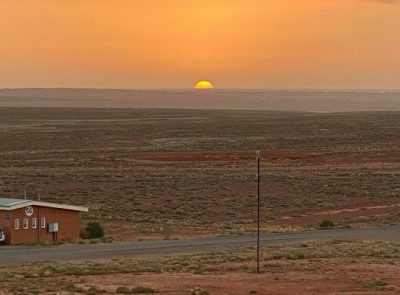 At dawn, the helicopter took off to recover the capsule.
(Photos: Reg Carruthers, Sumen Rai)

There’s no doubt we were all feeling the effects of a night of no sleep, and for me, there were waves of excitement interspersed with quiet introspection as I realised what a momentous event I had just witnessed. A truly international effort by JAXA, the Australian Space Agency, RAAF, NASA, SASIC and so many others, complicated by the restrictions and uncertainties of COVID-19, with so many potential scientific insights across the mission including a treasure box of asteroid dust which will tell us more about the origin and history of our solar system. 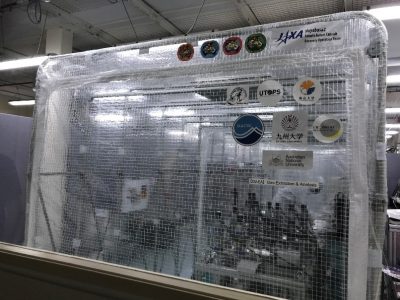 Updates from JAXA continued throughout the day, that the capsule had been retrieved, and that gases were being extracted from it before it would be sent to Japan for deeper analysis. It was clear through the interactions on social media as well as the reporting by media outlets across the world, that people were energised by this mission – and we were so proud to have supported the realisation of it in South Australia.